Posted 5 years ago in Small Business Tips
by Tim Chaves 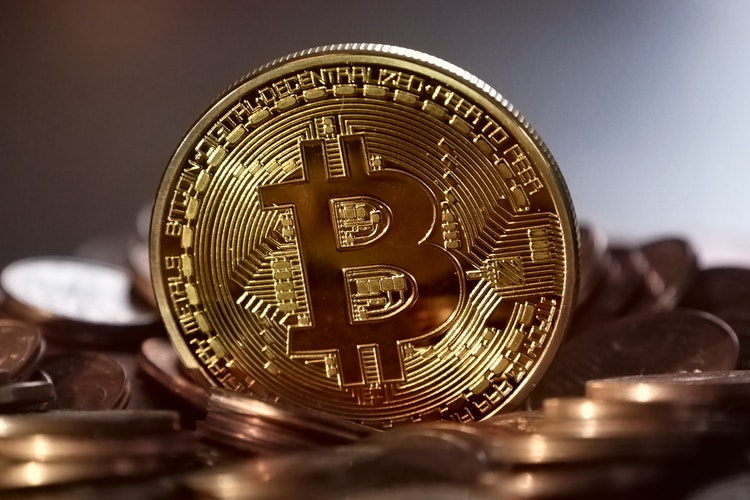 You may have heard the phrase blockchain before, but we’re going to try to explain what it means so that small business owners that aren’t cryptocurrency gurus can keep up.

Blockchain is basically a digital ledger for bitcoin transactions. But what’s a bitcoin?

Bitcoin is a brand name (think Kleenex or Band-Aid) that has become a word that means all digital currency. Digital currency is completely it’s own currency. So, it has its own exchange rate and everything. Bitcoin is encrypted and let’s you pay for things without having to directly use your bank.

So basically, Bitcoin is the digital currency that’s used to quickly and untraceably pay for things. Blockchain is the space in which these financial transactions take place. Blockchain companies allow you to pay for things in an encrypted space without being tracked.

It’s still largely experimental, but it could be the new face of business finance. The Wall Street Journal stated that 40 of the top financial companies in the world are already using bitcoin. Blockchain companies take away the need for having all financial transactions revolve around banks. They give people more financial freedom and speed.

Some of these companies are for specific kinds of purchases, but most of them are general. We’ve listed some of the best up-and-coming blockchain companies to look out for.

Azure is a block-chain-as-a-service Microsoft product that has a wider reach than any other cloud provider. They have pay-per-use pricing with no upfront costs. They use smart contracts that allow you to create, configure, and query blockchain applications. 90% of Fortune 500 companies use Azure.

Coinbase allows you to buy and sell digital currency or cryptocurrency. It uses Bitcoin, Ethereum, and Litecoin among its 9 million customers across 32 countries. And it’s free to sign up, but they charge a fee of 1.49% per transaction.

Dogecoin is much more than just a blockchain company. They have a mascot—Doge, a breed of dog officially named Shiba Inus that was made into a meme. Dogecoin is a social platform for a Reddit-based internet community built to process peer-to-peer digital transactions. As far as fees go, they typically charge one Doge per 1,000 bytes of transaction space.

Due’s digital wallet allows you to pay for things using cryptocurrency. It has created a blockchain platform for making secure, zero-cost payments for individuals and businesses all over the world. Also, Due works with other blockchain apps, including digital eBank transactions, and records all of the transactions with the blockchain digital ledger.

BitPay gives customers access to a payment platform where they can accept bitcoin, store it securely in a bitcoin wallet, and then turn bitcoins into regular currency to spend money anywhere. BitPay starts off free, but with a limit of 30 transactions a month of up to $1,000 daily and $10,000 annually. The business plan offers a 1% fee for an unlimited amount of transactions.

Ethereum is a decentralized platform that runs smart contracts, which means it uses customized apps that are programmed without any possibilities of downtime, fraud, and third-party interference. The apps run on blockchain, allowing developers to sell products, store funds, and buy products using cryptocurrency.

Ripple allows customers all over the world to easily exchange currency. It connects banks, payment providers, digital asset exchanges and incorporates via RippleNet to provide one frictionless experience to send money globally for a low cost.

Digital Asset builds distributed, encrypted processing tools in order to improve efficiency, security, compliance and settlement speed. They created a platform that connects applications in order to build business applications without managing all of the specifics on a ledger. Prestigious companies like JP Morgan and Goldman Sachs back them.

Monero is an open-source, secure, and untraceable digital currency. It allows you to be your own bank without dealing with any middleman financial processing systems. Monero has a much lower payment fee than BitCoin, though the fee increases with the “priority” (size) of the transaction.

Blockstream is a well-recognized blockchain industry that has a lot of experts on their team working to keep their place at the forefront of blockchain development. It focuses on developing and deploying sidechains, a technology invented to extend the capabilities of Bitcoin’s blockchain.

Startis’s slogan is, “We make blockchain easy for you.” It’s a significant blockchain development platform that was designed to be flexible in order to fit the needs of businesses focused on financial services. It also allows developers and businesses to build and deploy complex apps simply without having to run their own network infrastructure.

Consensys is a blockchain platform that primarily focuses on the cryptocurrency called Ethereum. They aim to reduce transaction costs and barriers to entry that are present with the use of traditional financial institutions.

Stellar is a platform that connects banks, payments systems, and people. Stellar makes it easy to move money quickly, reliably, and at almost no cost. Also, it’s a nonprofit that connects people to low-cost financial services to fight poverty and develop individual potential.

Together with Mijin, Nem is the first public/private blockchain combination. It’s designed with all new code in order to be secure, scalable, fast, flexible, and easy to use.

PotCoin was specifically made for the $100 billion global legal marijuana industry. It’s a highly secure cryptocurrency that will protect your information, allowing you to do business without having to deal with the banking infrastructure.

Gridcoin is an open source cryptocurrency used between peers. Its users use the BOINC platform in order to work on science projects. Gridcoin securely rewards them for their computing.

NXT considers itself to be an “advanced blockchain platform” for cryptocurrency. Their goal is to tap into all of the potential with blockchain apps. It allows users to create their own apps with a powerful, modular toolset.

R3 worked with 80 of the world’s largest financial institutions to create Corda, a distributed ledger platform. And the main point of Corda is to create a world of frictionless commerce without having to go through main banking authorities.

Nav Coin focuses on building easy-to-use Nav Coin wallets that make cryptocurrency much simpler to understand and use. The wallets have built-in privacy features to make sure your financial information is secure.

Feathercoin is the leading Neoscrypt altcoin. It’s similar to Bitcoin or Litecoin, but it’s upgraded and customized with the intent to expand, experiment, and build onto the blockchain technology.

Decred is an open source cryptocurrency that has a community-based blockchain platform. Any community member can submit proposals for features. Developers work to create these features in full view of the rest of the community. Decred also funds all of its own projects.

Ardor is a blockchain-as-a-service platform that uses Nxt’s blockchain technology by using child chains. On the Ardor Main Chain, you use Ardor tokens that are referred to as ARDR. So, this system secures all the child chains and processes their transactions.

Fast Coin is the fastest peer-to-peer cryptocurrency, with a 12-second block time (though the speed varies on the original currency being exchanged). It has the deepest blockchain of any cryptocurrency, which means it’s very secure. And the wallets are free to download.

Omni is a software layer built on top of Bitcoin, the big name in cryptocurrency. And it provides all of the main features of Bitcoin, but allows you to do much more on the Bitcoin blockchain by adding more features.

The Bitfury Group develops software and hardware solutions for businesses, governments, organizations and individuals to securely move an asset across the blockchain. Their software solutions include digital assets PaaS, data analytics, lightning network, property rights registration, voting, and a chain hub. And their hardware solutions include semiconductors and microelectronics, servers, datacenter construction, data centers in marine containers, and immersion cooling.

Komodo is secure and private cryptocurrency with a built-in gateway to 32 independent Komodo participating currencies. They provide smart contracts and blockchain-based solutions for the cryptocurrency industry.

Primecoin is a new type of cryptocurrency which is proof-of-work based and searches for prime numbers in chains called Cunningham chains and bi-twin chains. It adds security to transactions, but it also adds to mathematical research in general by working with these chains of prime numbers.