Posted 3 years ago in Small Business Tips
by Tim Chaves 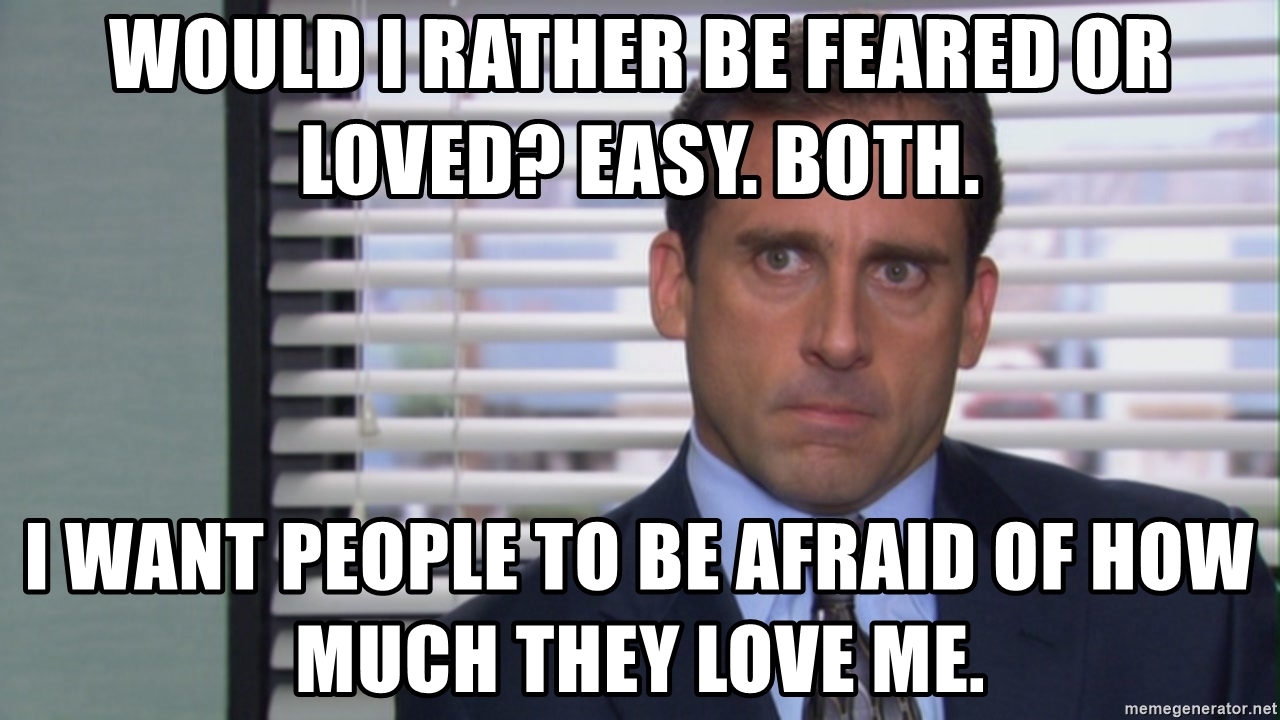 “The Office” is a hilarious TV show because it’s so painfully accurate.   We’ve all worked for a manager we didn’t like—whether they were good at their job or not—because they weren’t a good leader.

For an organization to thrive, you need more than a task-master.  You need someone who cares about individuals, leads by example and isn’t afraid to fail.

Here are three of the key differences between managers and leaders:

A manager is focused on the task at hand.  Getting results out of his subordinates. Making tasks more efficient. Driving profits.

A leader cares about all of this too, but in a different way.  Rather than focusing on the work, a successful leader focuses on the people.  He knows that the work will go nowhere without motivated people to do it.  So instead, the leader focuses on motivating people because people produce results.

A leader moves past discussing tasks and instead, discusses vision.  He instills his passion in his followers, knowing that vision is more powerful than details.

Management is controlling a group of people to perform a certain function.  A manager does not feel successful unless they hold the power.

Leaders, on the other hand, want to be on the same level as their followers.  They speak freely, honestly, sympathetically and they lead by example.

To lead by example, you ought to show some enthusiasm and positivity about your work.  Leaders inspire followers to keep moving forward and to learn from mistakes, because they too are learning from their mistakes.  They only speak to failures when necessary, instead praising noteworthy behaviors as often as possible.

Managers ask subordinates to perform tasks that they deem beneath them.  Leaders do no such thing—they assign complex tasks to employees and get their hands dirty with them.  They don’t take over the work, but add their voice, empowering success and humanizing failures.

Leaders don’t inspire fear, but faith.  Under true leadership, followers build faith in themselves, confidence in the company and trust in their commander.  Leaders are accountable, ethical and stick to their word.  Nothing undermines leadership faster than saying one thing and doing another.

Managers are comfortable in their corner offices, delegating only for increased efficiency and trusting their method above all others.

Leaders are in the trenches, delegating as a means of empowering others and trusting those around them to achieve mutual success.

Trusting others is a risk—one that many of us are terrible at taking.  Good leaders let go of the need for the perfect product in order to perfect the team culture as a higher priority.

In addition, the risk of trusting others empowers you to become a better leader yourself.  Letting someone try and fail (or maybe even succeed) will be a teaching experience for both of you.  You both become more empathetic, but also more trusting of each other. By showing that you have confidence in your employees, they build up greater confidence in themselves.

Leaders are also transparent, which can be very uncomfortable.  Admitting when you’ve made a mistake and having the courage to change it requires some self-awareness and humility.  Managers are unlikely to admit mistakes, sometimes even faulting others. But good leaders recognize every failure as a stepping stone to greater learning.

To many business men and women, vulnerability is considered a liability.  I would argue that vulnerability and risk-taking is your greatest asset. Failure is the greatest teacher and openly seeking feedback, even from your “subordinates” will only help you better serve them.

Class is in Session

My background is first in education rather than business, but the applications of leadership and management still apply.  Think about the teacher who you loved the most, who taught you more than you expected to learn and of what you did learn, you didn’t learn out of a book.  This person was a leader.

With the ongoing controversy of standardized testing, teachers can easily get distracted by all the work that needs to get done.  And don’t get me wrong, I wrung the juice out of every minute I was given with my students, but I knew that I had failed if my students left my class focused on test scores or grades.

Rather, I wanted them to leave my class as better people—decent citizens, moral human beings, kind neighbors, and hard-working employees.

Classroom “management” is an education buzzword. And as a new teacher, there was nothing more intimidating than “controlling” a group of teenagers.  But I quickly came to realize that the strongest classroom management strategy was a compelling lesson plan.

If I could engage the students in what we were learning, they controlled themselves.  In this way, I was able to lead their learning without having to worry about “management.”

Everyday I asked my students to respond to a writing prompt for ten minutes.  And let’s be honest, not every day’s prompt caught their interest. But one of the best things I could do to encourage them to write, was to write with them.  I didn’t use those ten minutes to scroll through Facebook or catch up on grading. Rather, I got out my notebook and pencil and wrote with them.

And more importantly, I also shared with them.  If I was going to ask them to be vulnerable and share their writing, I had to be willing to join in that vulnerability as well.

Be a Leader, Not a Manager

Whatever industry you are in—or even in your own home and community—you should strive to be a leader.  Management skills are important and sometimes easier to put on a resume. But leadership skills are more long-lasting and have wider application.

If you can look outwards, get your hands dirty and take risks, you will be a better leader—no, a better person—for it.