5 Business Tips I Learned from Starting My Law Practice

Posted 5 years ago in Small Business Tips
by Rebekah Wightman 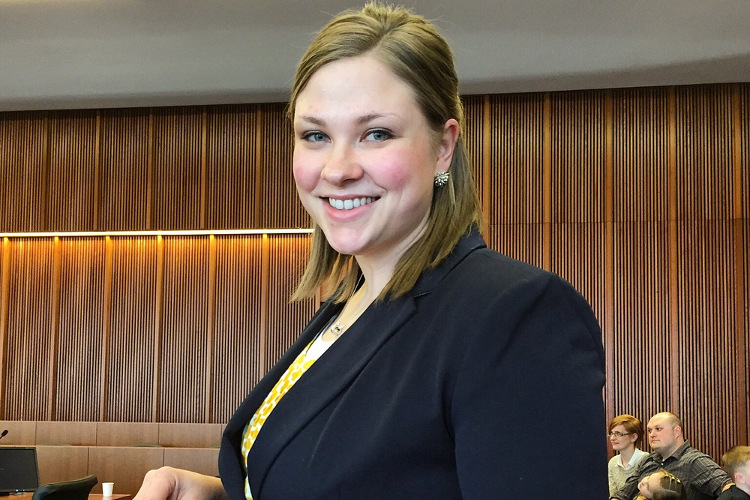 When I started my solo law practice at the beginning of 2015, I knew it would be hard—everyone tells you it’s going to be hard. I took a whole class my last year of law school that could have been named “Solo Practice Is Hard.” Heck, I’d seen my Dad start a solo practice, not once, but twice, and it was hard both times. What I was not expecting was why it was so hard. Although obvious to me now, at the time I hadn’t even considered that something as mundane as bookkeeping would prove an obstacle on my road to legal success. But here we are, and I certainly have a few things I wish I’d realized at the beginning.

Find a reliable CPA service from the start

I actually did this! I went in and met with an awesome CPA. When I met with him, he told me how my books needed to look when I turned in all my financial information at tax time. He showed me the spreadsheet he used and all the categories for business deductible expenses. I thought to myself, I’ve got this made. Easy peasy. I asked him to email me that spreadsheet and then headed off to start my practice.

In those early days, there weren’t all that many expenses and there wasn’t all that much income either. It made tracking everything easy that I didn’t really do it for a while. And then all of a sudden I had expenses and clients. I was completely unprepared and overwhelmed.

“Ah!” I thought. “The spreadsheet from the CPA!” I dug it out of my inbox, and read it over. Unfortunately, I had no idea which category most of my expenses fell into. I wasn’t sure, so I just didn’t decide.

That meant that in January I spent two awful weeks going back and categorizing 9 months of expenses. I did this through a highly sophisticated color coding process, and twice my total from all the categories did not equal the total expenses. I had to go back twice and try to find that missing expense. It was terrible.

Learn the basics of business finance

Excelling at balancing your person budget and sticking to it doesn’t necessarily mean that you’re going to excel at managing the finances of your new business. I doubt I had ever looked at my personal finances and said to myself, “Ahhhh, I’ve got a debit here and a credit there, so on the whole I’m profitable.” In fact, I had no idea what those terms even meant.

Once I started making money regularly, and my start-up costs were paid for, I assumed that I was beginning to make a profit, but I didn’t know how to calculate it. As a result, I had no idea what my tax burden would be or if I could reduce it. When we headed into tax season, I kept my fingers crossed. I stored some money in savings in case I had to pay for miscalculating. If I had taken time at the beginning to learn some basic online bookkeeping, it would have led to much less worry on my part.

One more thing. You’ve probably been taught that personal debt is a trap that you should avoid. However, when you’re building a business, debt is a tool. If the eventual profit will be greater than the cost of borrowing, then it makes sense to borrow. This was also something I wish I had realized. I just avoided debt at all costs and it cost me opportunities for growth.

Ask for money upfront, you’ve got to build that cash flow

When I first started my practice, I was so overwhelmed that I struggled to collect payments. Mostly, I felt bad asking for money. It’s an awkward thing to do if you haven’t done it before. I would often quote a price at our initial meeting, but then not collect until the work was done.

As you can imagine, this had some pretty negative results on my cash flow. Clients tend to delay signing when they haven’t paid anything upfront. No matter the hours of work you have put in, they don’t feel invested, because they haven’t had to spend anything. Collecting that payment at the end is a bit of a wild goose chase.

Now I collect half of my fee up front, half at the end. I include in my client agreement that I earn this half when the documents are drafted, not when they are signed. The client then pays the remainder of the fee after signing. This has had a much more stable and positive effect on my cash flow. Furthermore, I recommend creating some kind of consequence that you are willing to enforce when payments are late or non-existent. This is the hardest part of fee collection for me, because you always have to weigh the importance of getting paid against the cost of an angry client.

Updating your books every week can be a pain. It can seem unimportant, especially if you feel like you haven’t had very many transactions. If you’re like me, you’ll reason with yourself, “I have so many other things that I could be doing. I’ll just do this at the end of the month when I get my statements.” Big mistake.

It is my experience as a solo practitioner, that with all you have to do every month, making a small investment of time every week to update your books for is much more beneficial than saving it all for the end of the month.

Make a system to track your clients’ status.

Know who your clients are and what they owe you. I know that money is pretty tight at the beginning and client management software isn’t a priority when you have relatively few clients. The good news is that you don’t have to get software—at least not at the beginning. But you do need some way to keep track of things. At first, I had a system that only required a wall space big enough for six sticky note columns. The headers for each column explained where each client was in the process, one step per column, and I attached a sticky note with the fee to each client name. This visual helped me remember what needed to be done, and showed me how far I had come.

These five management skills are necessary to true success in a solo practice, and the sooner you master them, the sooner that success will come. Starting my own business was hard, but it has been really amazing to witness the growth of my business and the opportunities that have come as I have stuck with it.